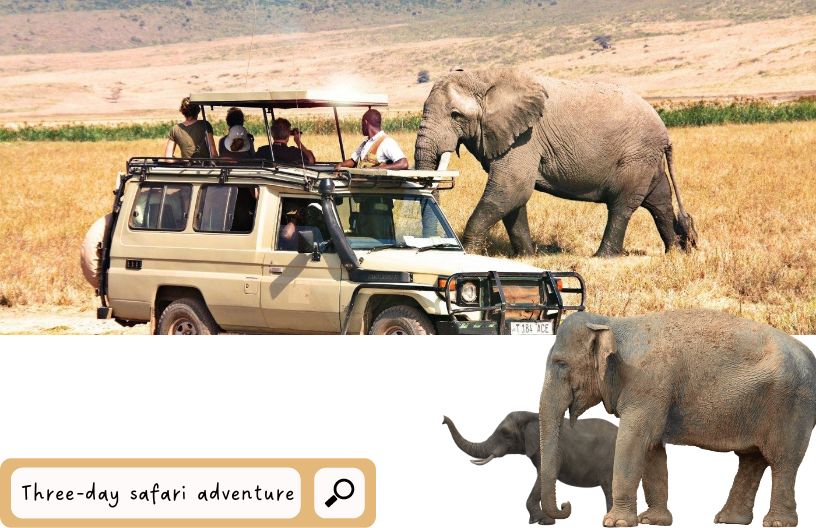 In my previous article, I discussed the two-day safari package, which is ideal for those with a limited budget and vacation time. And now, just like the last time, I'd like to share the best offer with you, but this time it will be more exciting and fun. If you have a higher budget for a three-day vacation, this would be ideal. I'll show you the three-day safari itinerary so you can learn more about our package deal.

Here's an overview of what you can expect on your three-day safari adventure! 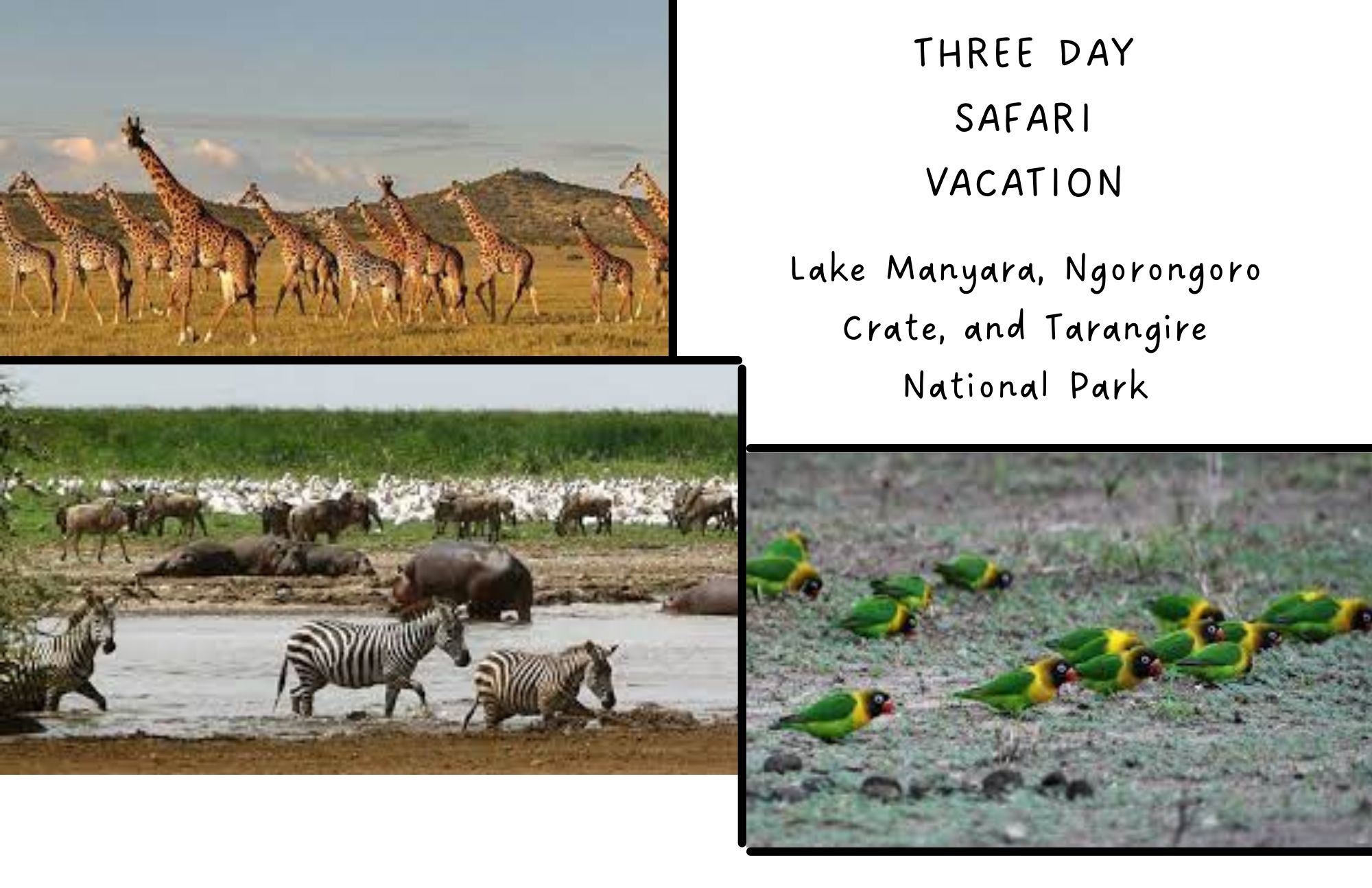 It's a three-day African safari that includes the Lake Manyara National Park, the Ngorongoro Crater, and the Tarangire National Park. It's meant to give you a short but intense Tanzanian Northern Circuit safari experience in a short and limited time frame of three days and two nights. You will get to see animals in three of Tanzania's most beautiful national parks while you're on this trip.

One of the best things about this African safari tour is that it will take you to the Ngorongoro Crater, which is home to one of the most animals in Africa. Here, you will see an amazing show of African wildlife in a self-contained world full of animals. Your tour will also take you to Tanzania's Lake Manyara National Park, which is one of the country's most beautiful wildlife areas. It's made up of a shallow but huge soda lake at the foot of the Great Rift Valley's western escarpment, and it's a great place to see a lot of wildlife. Finally, your African safari tour will also take you to the Tarangire National Park, which has some of the most animals in Tanzania, second only to the Ngorongoro Crater. This park is less crowded and has a more natural look. It's a good idea to choose the Ngorongoro Crater, Lake Manyara, and Tarangire national parks because they are small enough for our shorter safaris.

This is a sample or suggested Tanzanian safari itinerary. You can change it to fit your own needs and preferences, as well as to changes in the weather or animal migrations. As with all of our safaris, tours, and trekking packages, we have given you a wide range of options for where you can stay, which affects the total cost of your trip. This way, we can give you the widest range of tour budget options. Contact one of our tour consultants if you need more help or more information about one of our African safaris and package deals.

Day One In Arusha Lake Manyara 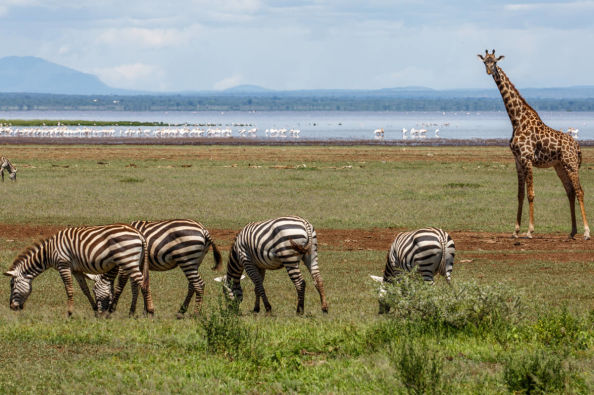 Lake Manyara National Park, with four zebras eating grass and one giraffe staring at the camera

It's one of Tanzania's most impressive wildlife areas, with a huge but shallow soda lake covering two-thirds of the park at the foot of the Great Rift Valley's western cliff. There are a lot of different kinds of animals in the park because of its different types of habitat, like elephants and tree-climbing lions. There are also a lot of flamingos attracted by the algae in the lake.

According to what you asked for, you'll get what you want for dinner and sleep. 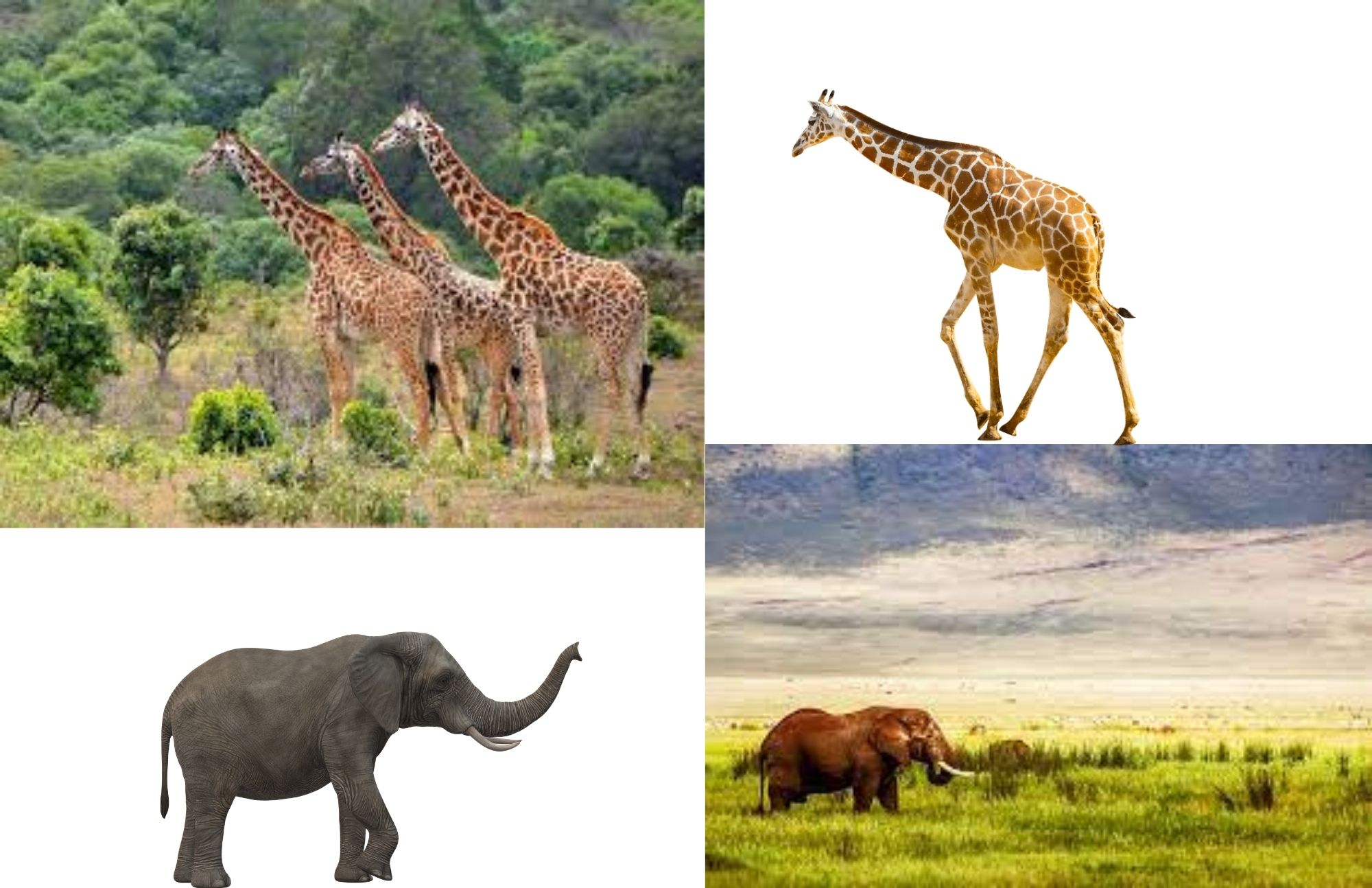 Our morning game drive starts after breakfast. We go down 600 meters into this beautiful crater for a morning, half-day drive. If you want to see a lot of African wildlife, you should go to the Ngorongoro Crater. It has 30,000 animals, including Tanzania's last black rhino.

The Ngorongoro Crater is home to a wide range of animals, including herds of wildebeest, zebra, buffalo, eland, warthog, hippopotamus, and huge African elephants. It has a year-round water supply and a lot of food for the animals.

There are also a lot of predators in this beautiful national park, which includes hyenas, jaguars, cheetahs, and the leopard, which can be hard to spot at first. We'll have a picnic lunch in the crater, then we'll go to Tarangire Park. According to what you asked for, you'll get what you want for dinner and sleep. 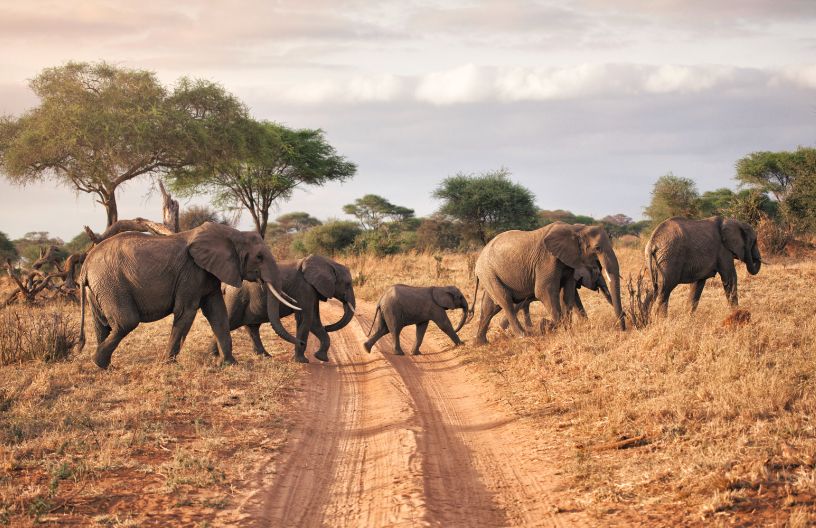 During Tanzania's dry season, both the river and the swamps draw in a lot of wildlife. The Tarangire National Park is said to be home to some of the largest elephant herds in all of Africa. Also, this African national park is home to three very rare animals. The Greater Kudu, Fringed-Eared Oryx, and a few Ashy Starlings live there.

Return to the lodge for lunch. After that, we'll leave for Arusha town, where we'll finish our African safari adventure. During all of our safaris, the group should give the tour guide about $20 a day in tips. You will be driven to your hotel, which is the end of our safari package service.

The departure dates for all of our African safaris and tour packages can be changed to meet your own personal needs. Please get in touch with us for more and more detailed information.

Is Lake Manyara Worth Visiting

There are so many trees and plants, and you can see a lot of animals that you won't be able to see at the bigger parks. Visit Manyara to see a groundwater forest that is very different from other forests.

What Is Unique About Ngorongoro Crater

The Ngorongoro crater is also the world's largest crater that is no longer active. There are about 260 square kilometers on the floor of the crater. The crater is about 600 meters deep. It was formed when an active volcano fell over 2 million years ago.

What Is Special About Tarangire National Park

What are your ongoing thoughts? Do you believe it is more worthwhile than the two-day safari adventure? What makes it even more beautiful is the addition of the Tarangire National Park as a travel destination. There are numerous birds that will amaze you.

Visiting these places is truly incredible! I've discussed the three-day safari itinerary with you, all you have to do now is follow it and you'll be set for your three-day vacation in Tanzania!