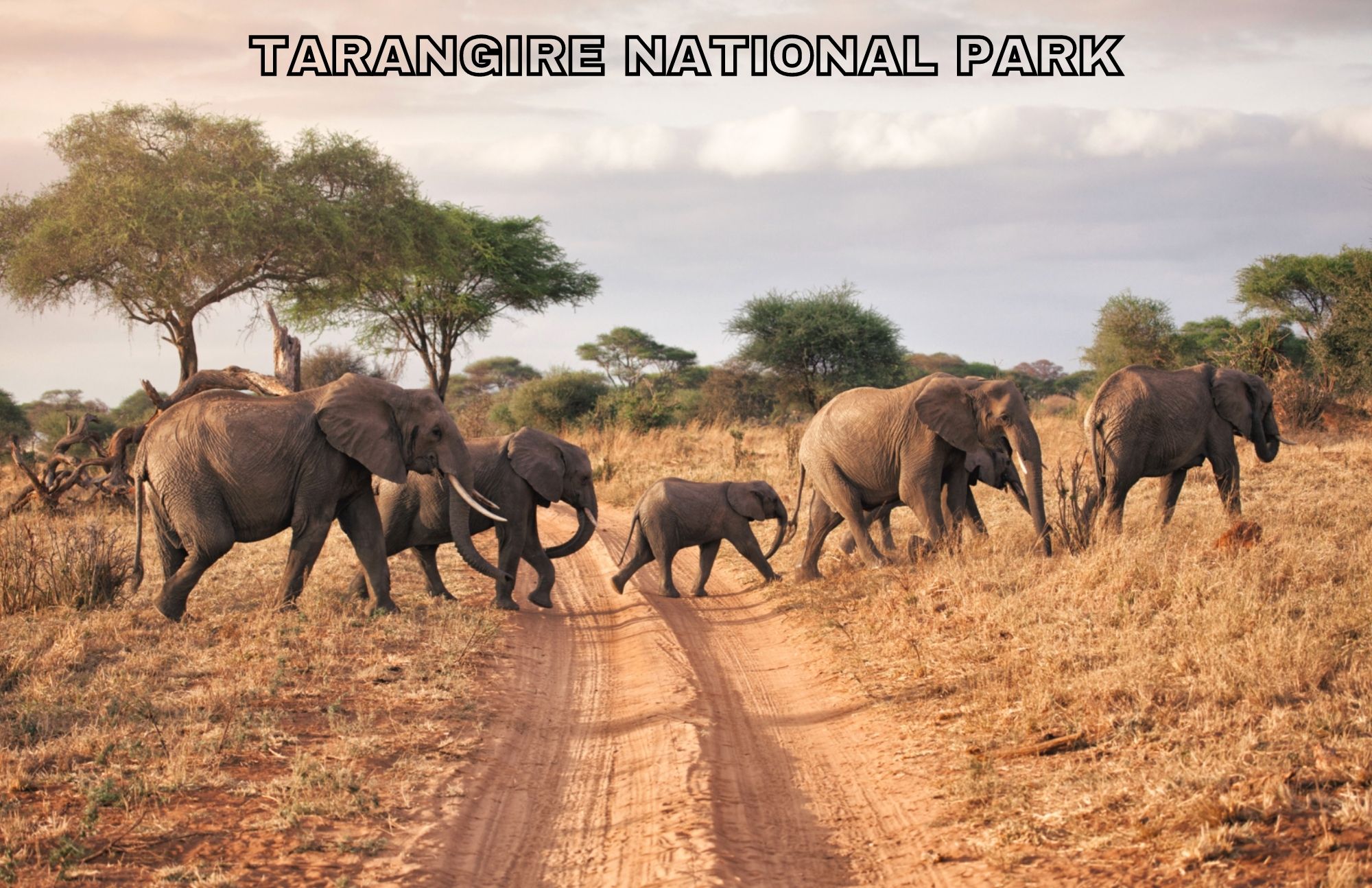 Searching for the ideal area to take enjoyment in life and see nature that will satisfy your need to be in the wilderness?

Tarangire National Park, on the other hand, can supply you with all of that, and in this article, I will show you some of the things that this place has to offer, as well as why you should consider it while planning a trip in the wildlife places.

The Tarangire National Park is home to a large number of African wildlife and is just southeast of Lake Manyara on the Tarangire River, from which it gets its name.

Tanzania's Tarangire National Park is one of the best places in the country to see a lot of wildlife during the dry season, which lasts from August to October. Animals living in Tanzania's southern Masailand have a "dry season hideout" in the River during this time of year. The River is the only source of water in the area.

Safaris are usually about going on game drives and seeing beautiful riverine forests, acacia woodlands, ancient African baobab trees, and endless rolling hills. This alone makes the Tarangire National Park worth going to. The park is said to be home to some of the largest elephant herds in Tanzania or even Africa. Greater Kudu, Fringed-eared Oryx, and Ashy Starlings are also found in Tarangire.

People in Tanzania go to Tarangire National Park, which is a national park in the Manyara Region, to see wildlife. The name of the park comes from the Tarangire River, which runs through the park.

This is how it works: During the dry season, the Tarangire River is the main source of water for wild animals in the ecosystem.

More than 20,000 square miles of wildlife habitat are made up of the Tarangire National Park and Lake Manyara National Park, as well as five other areas that are set aside for wildlife. The Tarangire River is the heart of this wildlife ecosystem, and the migration of animals in the area starts there at the start of the short rainy season in October every year. This river is where the animals start their journeys.

There will be a lot of animals in this 20,000 sq km area at the height of the long rainy season. They include wildebeest, Thompson gazelles, zebra, and even African elephants! When the wet season is over, the animals start to move back towards the river. They spend the dry season, from July to October, in large groups around the river. 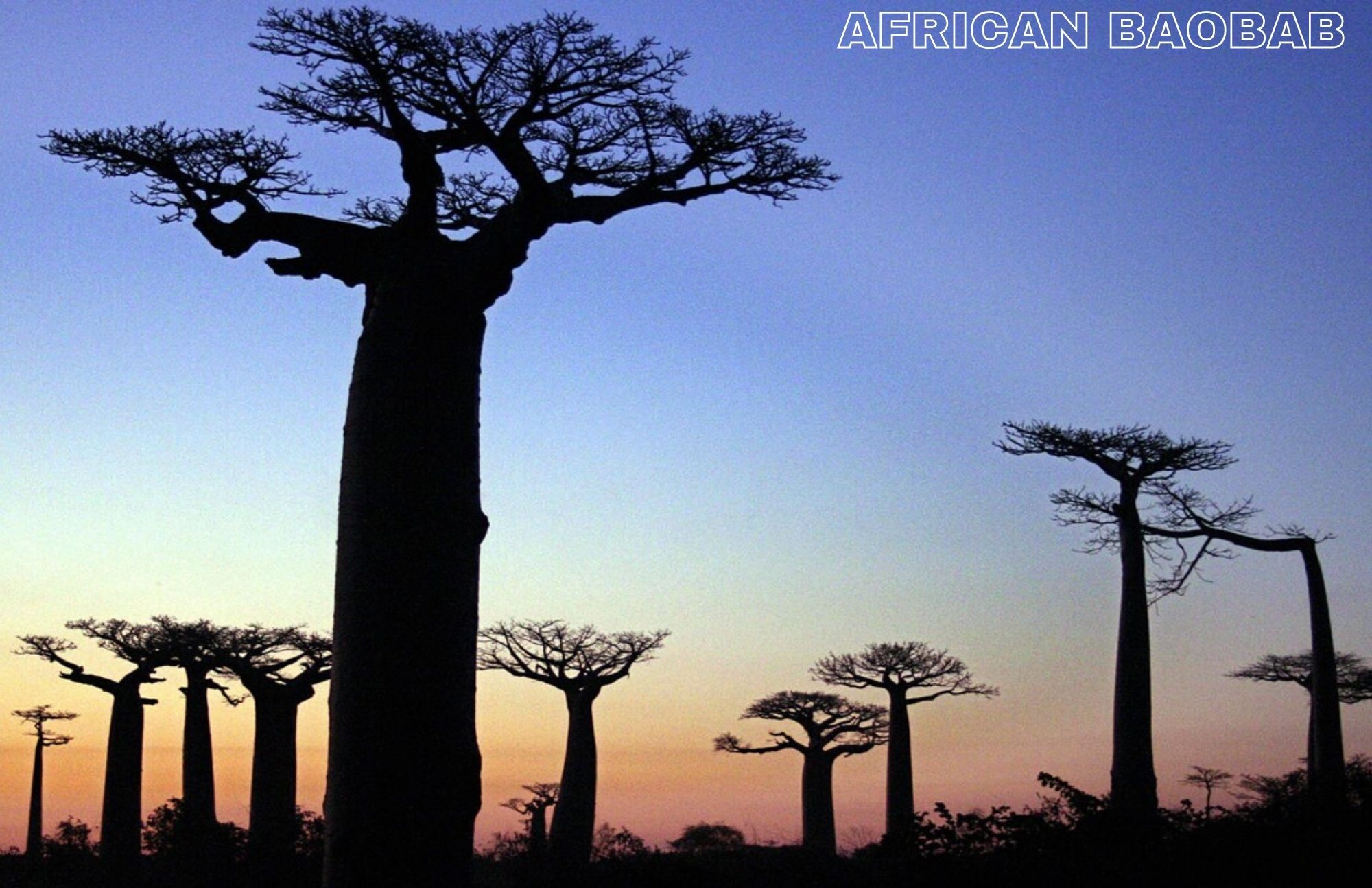 The Lemiyon route goes through the northernmost part of Tarangire National Park. The park headquarters, airstrip, and public campsites are all in this part of the park. During the dry season, a lot of animals can be found in this area. This is also where you'll see some really interesting and majestic African baobab trees. Many of them are very, very old. They date back to the first millennium or more. One of the most well-known trees, called the "Poachers Lookout Tree," has a small man-made entrance that leads you into its hollow interior, which has enough space for about six people to sleep in.

Poachers used this now-famous tree to hide from park rangers some years ago. Outside of the Lemiyon route, the park is divided into two separate routes: the Matete route is in the east and the Lake Burungi route is in the west.

In general, the eastern Matete route is better for seeing animals because of the tall elephant grass and reeds that grow on Tarangire riverbanks. There is a lot of wildlife, especially birds, in this part of the country, especially.

The western route to Lake Burungi is a pleasant drive of about 80 km. It passes through combretum (a genus of about 250 species of trees and shrubs that are native to Africa) and acacia woods. As long as you have a little bit of luck, you might see a leopard or rhino in this area. Beautiful views of lakes Burungi and Manyara can also be seen from this route. Milima Mitatu, also known as "Two Hills," is one of the peaks.

Covers part of Tarangire National Park's west side as well as the Kitibong Hill. It's also based around the Kitibong Hill. The route goes through combretum, acacia woodlands, and the Gursi floodplains to the south. It also has a lot of plain animals, like buffalo and elephant.

The Gursi and Lamarkau routes are in the southern part of the park and are mostly made up of grasslands, which are home to many plain grazing animals, like the ostrich. During the wet season, a lot of land in this area turns into swamps, where you can see hippopotamuses. If you're lucky, you might be able to see the elusive cheetah at the southernmost part of the park, Mkungunero (south-west) and Nguselororobi (east), which both have many freshwater pools.

When To Visit The Tarangire National Park

People who visit the park in early June will see the first animals that are on their way north. They will stay until November, when the migration moves north again. During the dry season, safari game viewing is great because of the Tarangire migration, which brings together a lot of animals.

The annual migration period isn't always the best time to visit. Many animals, including African elephants and lions, stay in the park all year. You can also see hyenas, buffaloes, giraffes, and warthogs. Many animals can be seen in the park during the rainy season, but you'll also have to deal with lush vegetation, rain, and a lot of bugs. During June to March, the weather is the driest. June to October is the best time to visit. 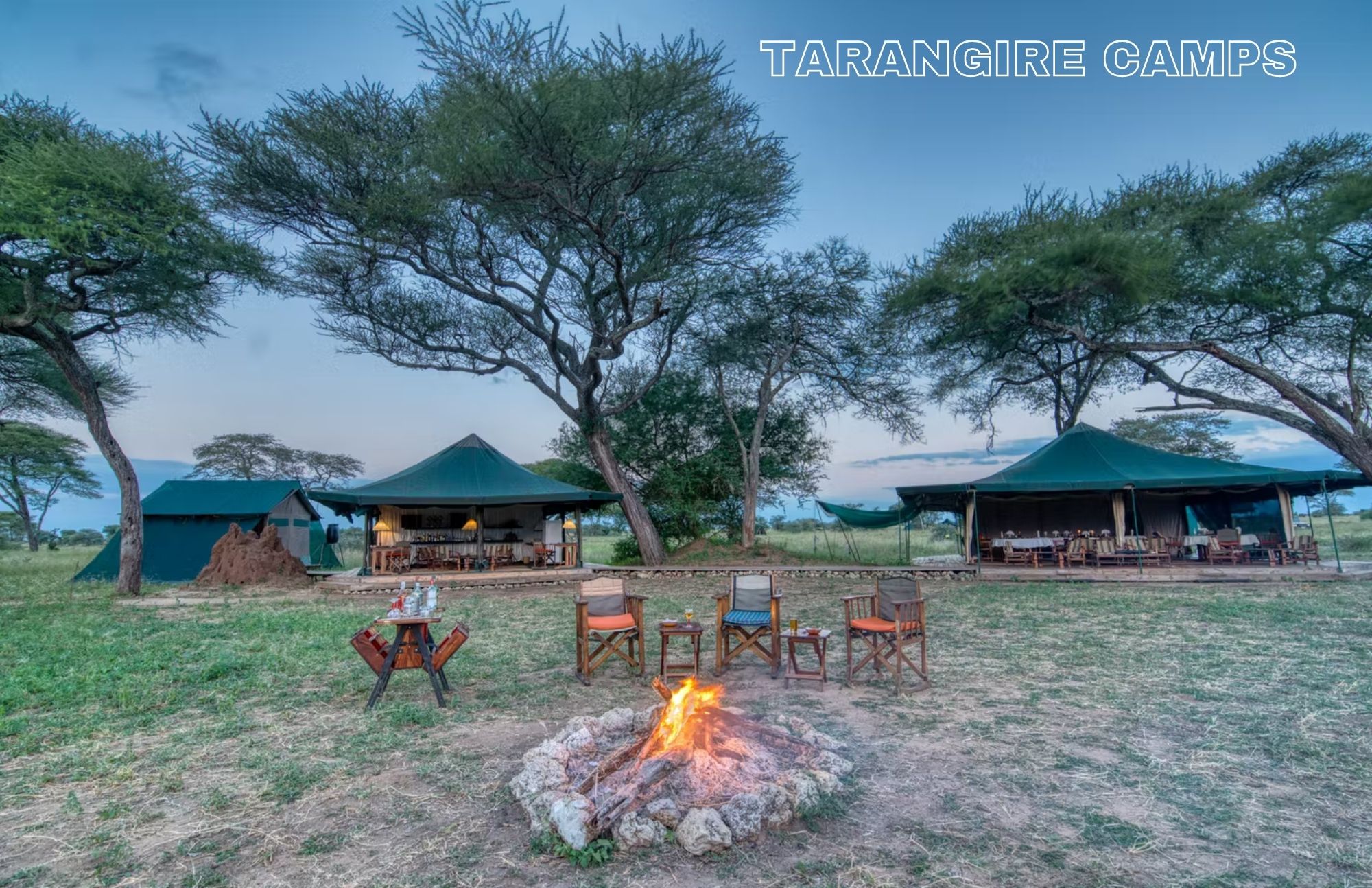 There are a lot of tented camps and luxury lodges in the area around Tarangire Park. Visit the Tarangire National Park lodges and camp sites page for more information about where to stay and how to camp.

Where Is Tarangire National Park Located

Tarangire National Park is in the north of Tanzania, just south of Lake Manyara, and it's a great place to visit. This is a protected area with huge baobab trees, grassy plains, and huge herds of elephant.

What Is The Meaning Of Tarangire

Tarangire, which means "river of warthogs," is best known for its elephants, birds, and many baobab trees. It's real, unadulterated Africa at its best.

Tarangire National Park has a lot of things that will make you happy and satisfied when you visit. You've seen in this article what to expect and consider about in this location. Spending your vacation time or your entire life here will not bore you.