Ngorongoro Crater- Home Of A Famous Artifact And Wildlife

What level of knowledge do you have about the Ngorongoro Crater already? What if I told you that there is also an item that can be found in that location? I was wondering how many people were convinced that this was the beginning of human evolution. That's simply a theory held by a group of people, and there's no evidence to support it.

But the most incredible part of this is the interior of the Ngorongoro crater, which we'll take a look right now.

There are some interesting facts about the Ngorongoro crater, like how big it is.

You might think of a huge volcano caldera filled with animals, like the Ngorongoro Crater, when you hear the name. The big five and many other animals live there. You can also find mountains, lakes, forests, and open African plains in the Ngorongoro Conservation Area!

In its center is the world-famous Ngorongoro Conservation Area, which is about 8300 sq km. There used to be part of this African wildlife area that was part of the Serengeti National Park. The Masai people who live there needed to graze their animals, so the area was changed to a conservation area for African wildlife in Tanzania.

If you want to see a lot of things, the Ngorongoro Conservation Area is for you. The area itself is 265 square miles and is 610 meters deep and 19 kilometers wide. 2286 meters above sea level, the rim of the crater is the tallest point in the world. You can see a small soda lake on the floor of the crater. It's called Lake Magadi, and it's thought that about 30 000 animals live there. It was then very fitting that it was made a World Heritage Site in 1978. You can't visit Tanzania unless you go on a safari in the park.

The Ngorongoro Crater is in northern Tanzania in land that was once hot and molten. A little more than 2.5 million years ago, Ngorongoro was a volcano that looked a lot like nearby Mount Kilimanjaro. It was one of the tallest peaks in Africa at the time, beating out Mount Kenya.

Then the top of the volcano, or caldera, fell off, making it the world's largest un-flooded and unbroken caldera. Sometimes, when you stand on the rim of the Crater, you can see elephants, buffaloes, and rhinos far away. This is a small taste of what is to come.

The Theory Behind Olduvai Gorge 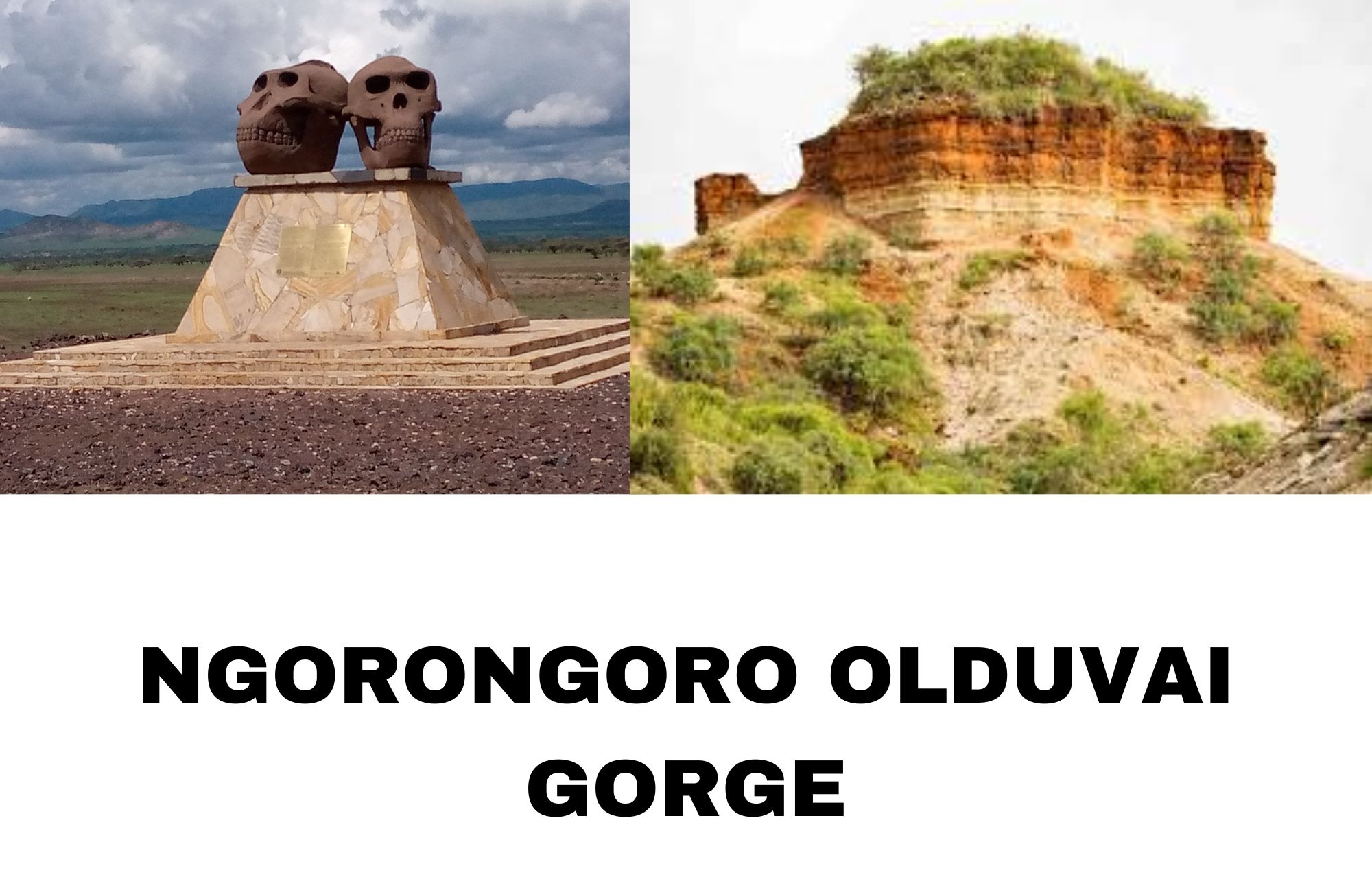 The Olduvai Gorge is in the Ngorongoro Conservation Area. It was at Olduvai Gorge that Dr. Louis Leakey and his family found the remains of Homo Hablis, or "handy man," which is thought to be the first step on the ladder of human evolution. This proves that man came from Africa. But many more fossils have been found here at Olduvai Gorge, including those of prehistoric elephants, giant horned sheep, and huge ostriches, which lived in the past.

Human footprints thought to be three million years old have also been found at the Olduvai Gorge in Kenya. Olduvai Gorge is a great place to go on safari while you're in this area. A great museum has both replicas and real artifacts that were found at the site. 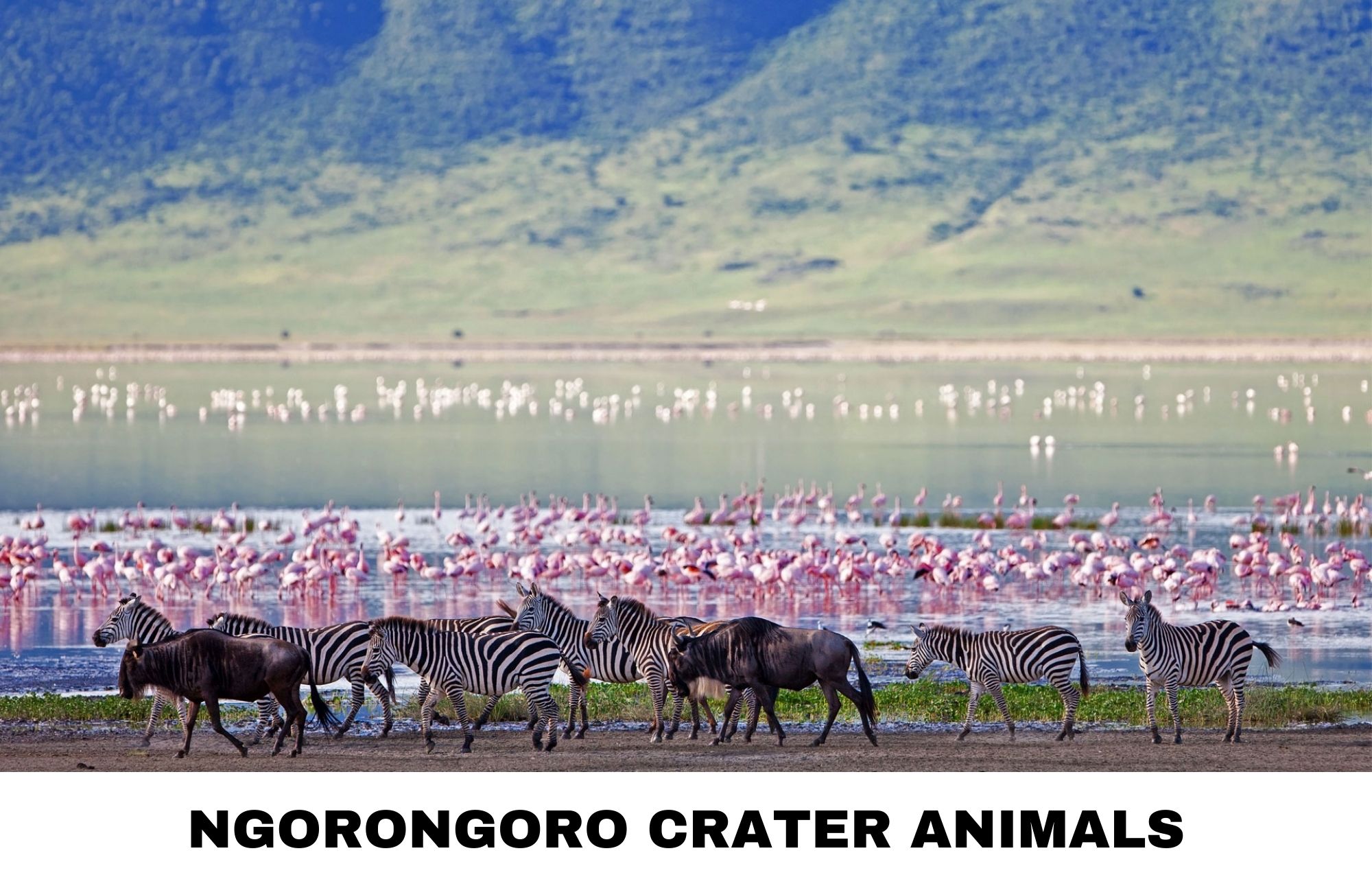 The animals of the Ngorongoro Crater, including wildebeest, zebras, and different types of birds on a top of the water

There are about 30,000 animals in the park, which is one of the most crowded places for wildlife in the world. There are no giraffes, topis, or impala in the park. They might not be able to get around the crater rim cliffs, and there isn't enough food for large herds of antelope inside the park.

However, the park is full of wildebeest, zebra, buffalo, aggressive pack-hunting hyenas, and lion prides that live there all year long. During the year, the park has a year-round supply of water and food for its animals, which include huge herds of wildebeest, zebras, buffalo, eland, warthog, hippopotamuses, and elephants. There are lions, hyenas, jackals and even leopards in this beautiful park. They can be hard to spot at first because they hide so well that it sometimes takes a trained eye to find them. 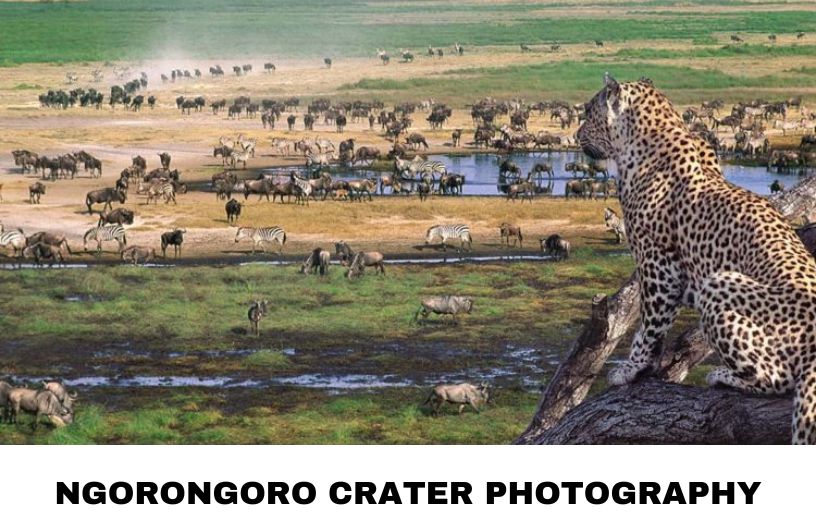 The Ngorongoro Crater photography includes a cheetah resting on a tree branch, watching the other animals

In the caldera, you can see and photograph animals in a unique and rewarding way because of how the park is set up and what it looks like. The steep walls of the crater, which often fall into indigo shadows, make a great backdrop for your photos, photos, and digital images.

In fact, it's the animals that make all of the pictures look so good. They are many and different, and many are very tame and used to safari cars. Another thing about them is that they are usually out in the open, which makes them easy to take pictures of.

The Ngorongoro Crater is only open from 6 a.m. to 6 p.m., and only six-hour safari permits are given out. This means that only one 6 a.m. game drive or one 6 a.m. game drive can be done in the park. There are two places where you can have a picnic and use the bathroom. One is in the Lerai Forest, and the other is at the Ngoitokitok Springs in the south-eastern part of the park.

The best place to see the park is from the flat-topped Engitati Hill in the north-eastern corner. A large, shallow alkaline lake in the south-west corner of the crater is the main thing. There are usually a lot of flamingos, hippos, and other water birds in this part of the world. Lerai Forest is a forest of fever trees in the south, and it is a good place to see animals like elephants and birds that fly around. All the rest of the park is made up of swamps, thorn scrub, and grassland. This is where most of the wildlife is found and you can see it.

There are three main ways to get into and out of the Crater. You can get down from the north-west side of the crater by taking a one-way trail. You can get up from the south-east side by taking a one-way trail. Most people who stay at the Ngorongoro Sopa Lodge use the third road, which is in the north-eastern corner of the crater, to get to and from the crater. Please look at the safari map below for more information about this.

One of the people who worked at Ngorongoro called the crater "impossible to give a fair description of the park's size and beauty, because there are no other places to compare it." A wonder of the world.

Please look at the map below, as well as the pictures and images, for more information and a safari guide for all the routes in this beautiful wildlife park. 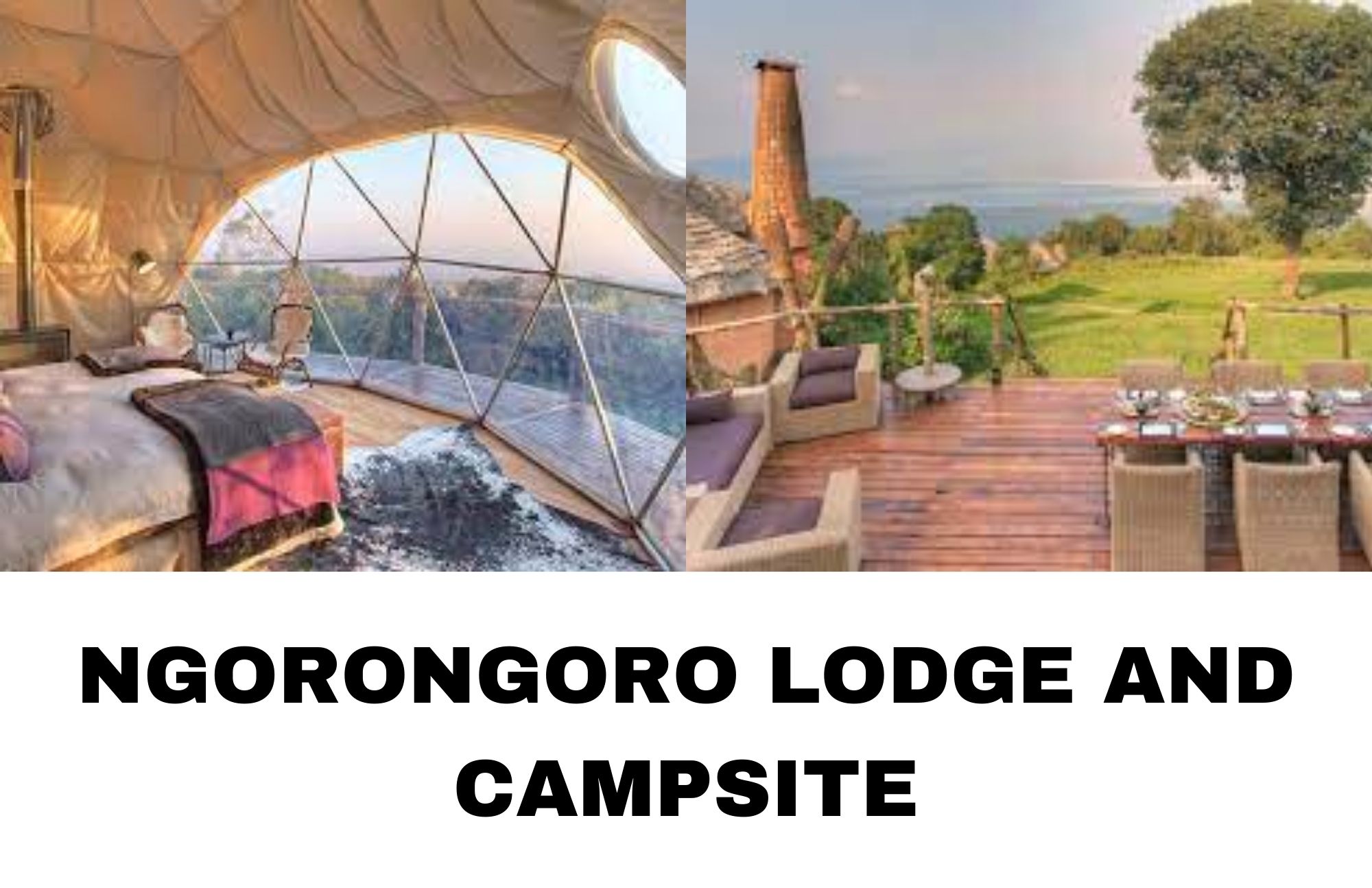 There are a lot of places to stay on the rim of the crater, from safari lodges to camping sites. Lodges can be very expensive, or they can be very cheap and cheap. Visit the Ngorongoro lodges and camps page to learn more.

Can Animals Get Out Of The Ngorongoro Crater

It's easy to see all of the big animals. A giraffe is the only animal that doesn't live in the crater because of the steep descent. People see elephants all the time, with some very big tusks, and all the big cats are there too.

Is Ngorongoro Crater Worth Visiting

The Ngorongoro Conservation Area is worth a look if you're in the area. Even though it's not part of Serengeti National Park, it's still worth a look. People visit the site to see the Ngorongoro Crater, which is the world's sixth-largest volcano caldera that is still intact. The Olduvai Gorge is also there.

Has your understanding of the Ngorongoro Crater expanded? Yes, not everyone is aware of these things, which are important because this location holds a range of things that are not commonly found in other places.

I can guarantee you that it is well worth a visit! Spending time in this type of place will make you feel as if you don't want to leave.