What Distinguishes A Zoo From A Safari? Differences Between A Zoo And Safaris

What distinguishes a zoo from a safari? Despite being widely used, the two are definitely not the same in concept.

What Distinguishes A Zoo From A Safari Park?

While most zoos keep their animals in cages for display, a safari park allows its animals to roam freely in a habitat that mimics that of actual wildlife.

Consider taking a safari tour with Bali Safari Park to enrich your time in Bali and gain knowledge about a wide range of animals.

Observe A Wildlife Interaction Up Close

Zoos are notorious for keeping their inhabitants confined and cut off from their natural surroundings, which makes them unhappy and bored. Wild creatures like tigers and lions enjoy climbing, sprinting, and remaining active in open areas.

They are also natural hunters. This freedom is given to them in safari parks, giving animal lovers the chance to get to know the animals as though they were seeing them in the wild.

You get an adrenaline rush when you go on a safari. There is nothing more exciting and thrilling than sharing a meal with a pride of lions and encountering gorgeous elephants. You may witness wildlife up close and personal by going on a safari adventure. 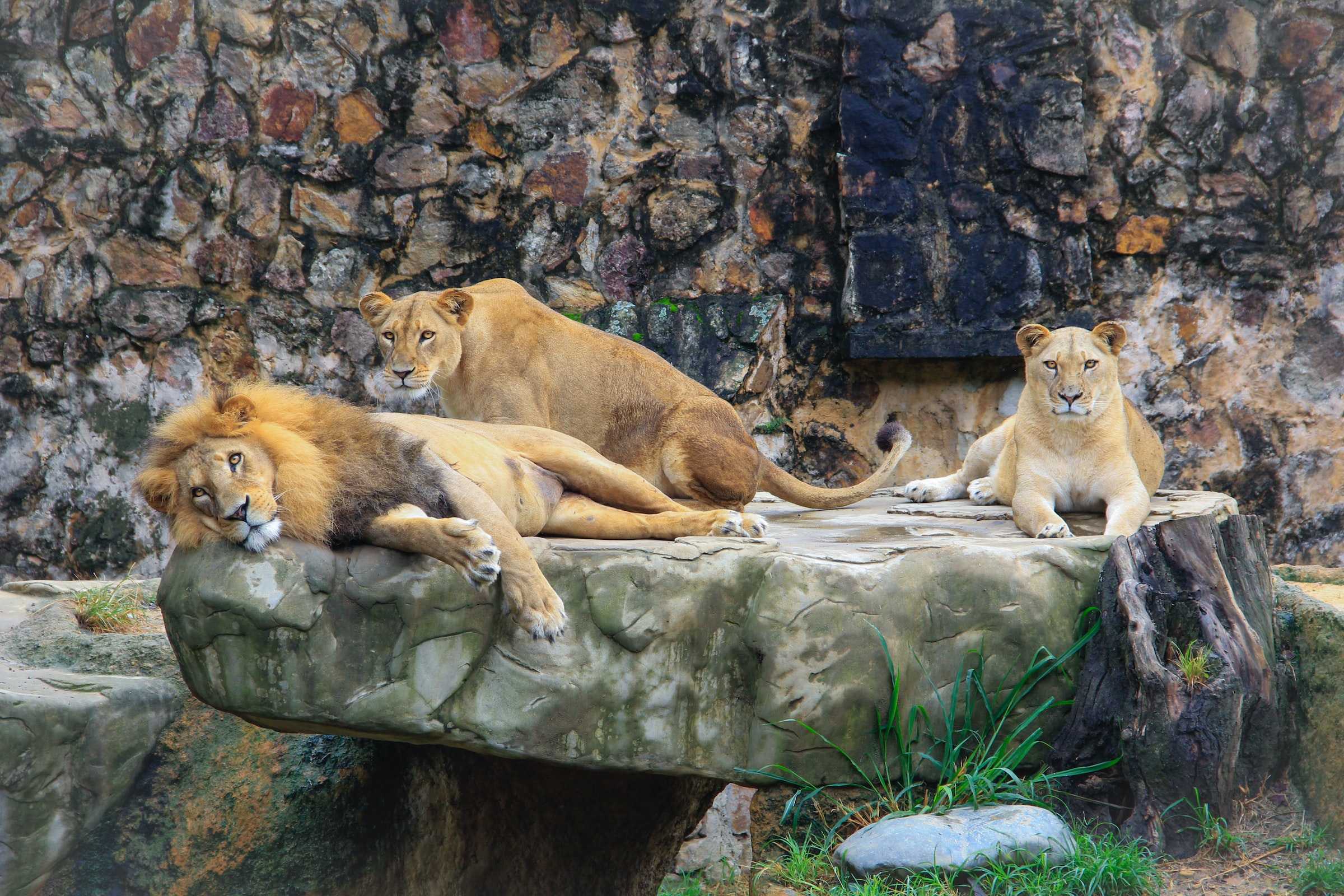 Lions in a zoo in Colombia

A typical zoo is often constructed in an artificial setting, whereas a safari is surrounded by exotic vegetation and breathtaking scenery.

You won't just get to interact with animals; you'll also learn about the beauties of flora and various forms of other natural beauty, which surpass anything manufactured by humans.

Safaris allow you to experience culture authentically without being constrained by man-made structures. Don't pass up the wonderful chance to see cultural performances that will offer you a deeper understanding of the community's culture.

Not Just A Zoo

A safari excursion involves more than just viewing animals, although that is definitely a part of the experience. According to science research website "StationZilla" Safari has more scientific value than Zoo parks.

Interact with the local culture while strolling across the open fields or cooling down in the waterpark. A day at the zoo will never be as enjoyable if all you do is stand back and observe the animals.

The House Acts As A Natural Barrier

All life on this planet can only survive and thrive in an organic environment. The jungle's expansiveness offers the wild a haven of safety.

Green foliage provides the animals with cover from predators, so they can stay safe. All the species have adequate room to coexist and survive.

Now contrast this with a zoo's confined space. Can the animals move around uninhibitedly or conceal themselves in the long grass, as is their natural inclination?

The Attractiveness Of The Food Pyramid

The strongest individuals survive in the wild. Children may see the beautiful interaction of how nature provides for each and every species: herbivores eat grass, birds eat insects found on such herbivores' bodies, and then carnivores eat herbivores.

In the way that the jungle functions, the food chain is skillfully woven. Another intriguing finding is that even tigers and lions must go hunting in order to survive.

It demonstrates that even the most powerful people must struggle to survive and occasionally fail.

Providing food at regular intervals in a zoo causes animals to lose this fundamental impulse. Surprisingly, the animals are occasionally not even given their natural food. For instance, for simpler ingestion, pandas are given cakes constructed of bamboo rather than actual bamboo. 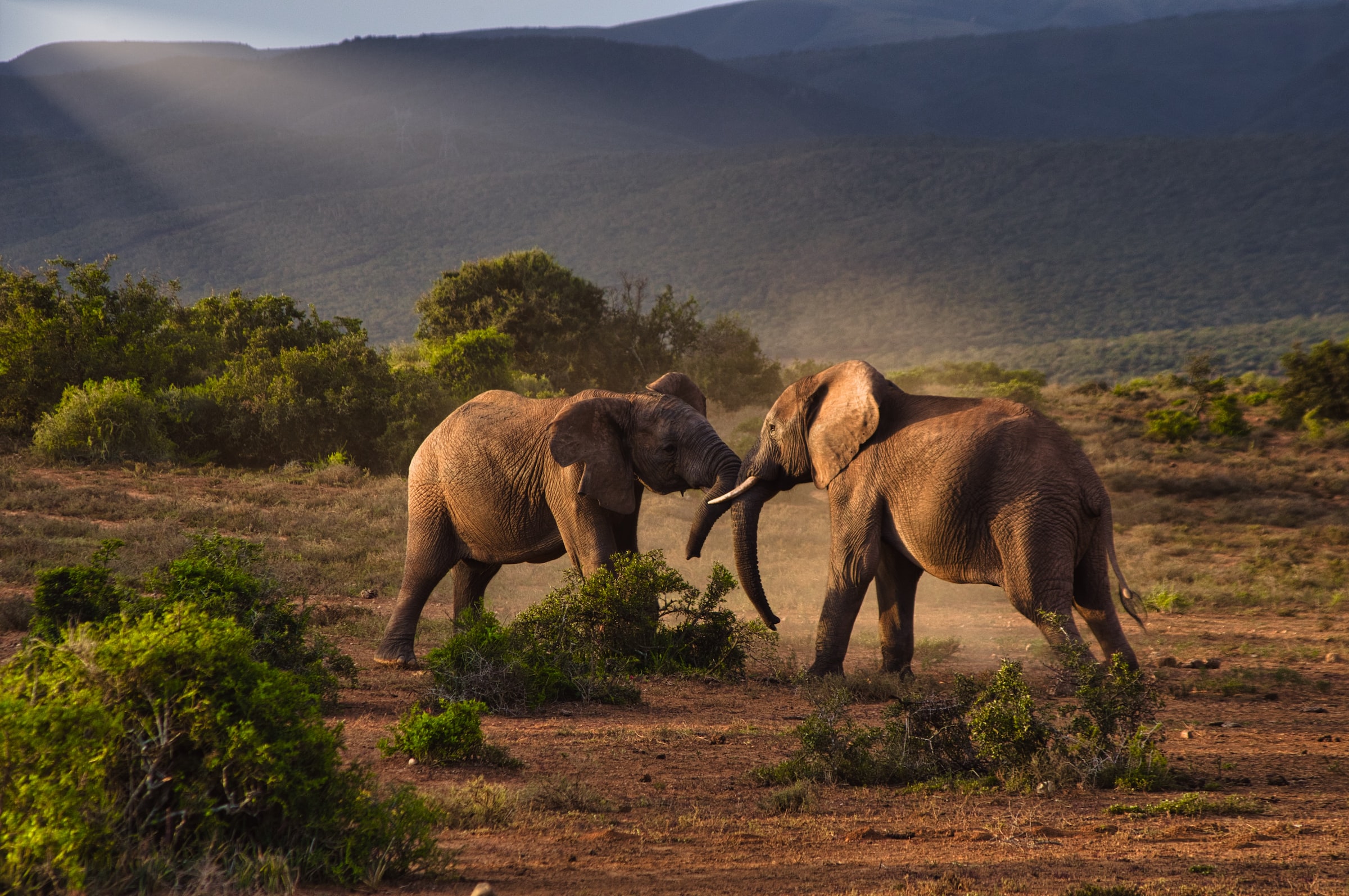 Two elephant fightning in a safari

What Lies Ahead Is Always A Mystery!

My kid and I observed a deer kill lying on a bush road while on one of our safaris. Even though we couldn't see the murder in progress, the idea of prey or a game appealed to my child. He was astounded by the predator's ability to feast on a kill for days on end.

While at a zoo you very well know that even the unusual might just be resting or eating, in a jungle you never know what you might see, such as a fight, a kill, or even mating.

The Virtue Of Patience

In a forest, seeing animals is not always a given. Children learn to be respectful of the fact that they are entering someone's home, to be quiet, not litter, and to be aware that seeing the wild requires luck.

Unlike the zoo, nothing is handed to you on a silver platter. As they spot creatures among the dense jungle vegetation, there is a certain element of expectancy and thrill.

What Makes A Zoo A Zoo?

A zoo is a facility where captive animals are kept and displayed for visitors to see. The zoo is an abbreviation meaning "zoological park." Zoos house a vast variety of creatures that are indigenous to every region of the planet.

What Is The Difference Between A Zoo And A Park?

What Are The 4 Main Functions Of A Zoo?

Having said that, it is also true that without zoos, we couldn't take children on as many jungle safaris or expose them to species that aren't local to our area.

I can only hope that we can encourage plenty more parents to take their kids on safaris to see animals. But if for some reason you can't, don't worry; there's always the neighborhood zoo.