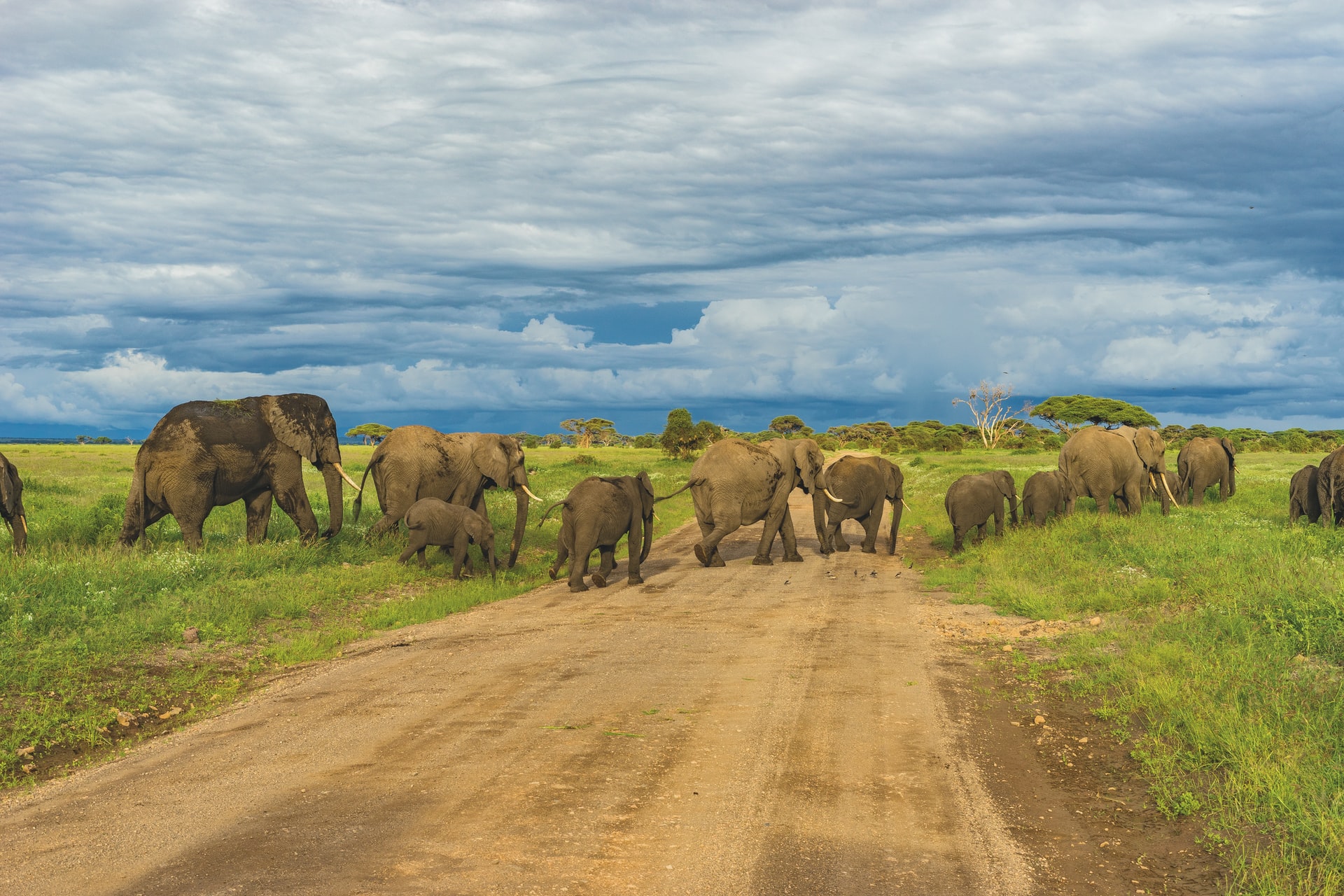 As the saying goes, your first safari, like your first love, will be something you will always cherish, and Tanzania is the ideal place to rediscover it. Not only is the country stable and tourist friendly, all the parks are safe and well patrolled, making it a big draw for beginner nature enthusiasts from all parts of the world.

For novices, the best way is to rent a 4W drive, pack a tent and ease yourself into safari mode or ask a specialist (like Naturetrek) to guide you through the process. Meanwhile, to help you on your way, here are some top recommendations on which places to visit for your first wildlife lesson. 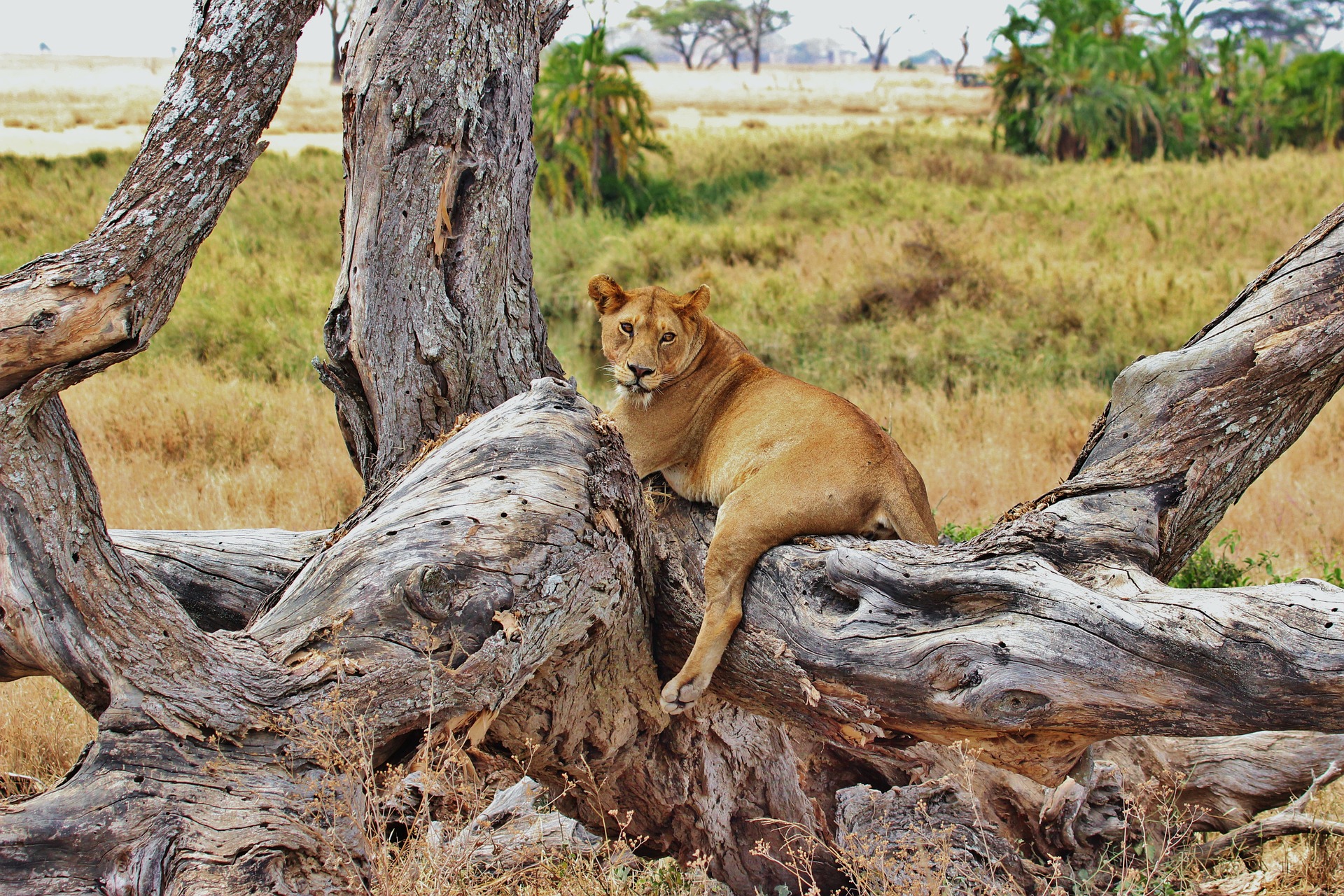 Of all the national parks in Africa, the Serengeti National Park is the universal choice for introducing wildlife to first time safari goers. Game viewing is excellent all round the year and the wide open plains are always teeming with animals.

The Serengeti has excellent road infrastructure which makes it very easy to get from one camp to another. Apart from the spectacle of the great migration, interaction with the Maasai villages surrounding the park is an exceptional experience in its own right.

The scenic views of the Serengeti are no less stunning. While the western part is covered with forests and valleys, the famous grasslands can be found in the north. Needless to say, you can spend hours and days basking in the glory of Serengeti no matter where you are.

From pink flamingos, huge elephant herds and tree climbing lions, Lake Manyara, despite its small size, has it all. Manyara's wildlife can be enjoyed throughout the year, but the rainy season, between November and May, is the time when you will be rewarded with beautiful waterfalls as well. Apart from the big predators, Lake Manyara is blessed with over 350 species of birds.

In the rush to visit its more famous counterparts, Lake Manyara safari should not be missed. It is readily accessible from the town of Arusha, the entry and exit point of Tanzania's northern circuit, located at the foot of the Great Rift Valley escarpment. The majority of the park area is covered by water, but a variety of terrestrial habitats like wetlands, and acacia woodland is home to an impressive array of wild animals and birds.

Elephants, wildebeest, eland, zebra, buffalo, impala and gazelle crowd the lagoons of Tarangire to showcase the greatest concentration of wild animals outside the Serengeti ecosystem. Tarangire is an easy drive from Lake Manyara and apart from guided walking safaris one can visit the Masai and Barabaig villages. For bird lovers, no less than 550 species can be spotted in the tinge green swamps of Tarangire.

Continue further down to the Ngorongoro Crater, the largest unbroken caldera in the world. The 102 square miles crater has abundant wildlife and offers amazing opportunities to get up close to the rare African black rhino. Birders will be rewarded with a variety of birds on the crater floor and glimpses of the big cat species.

Not only will you easily come across the Big 5 here but a large number of hippos, giraffes, baboons and hyenas roam around in the extinct crater bottom. There are probably bigger and better parks, but for a rewarding wildlife experience, nothing can beat Ngorongoro. 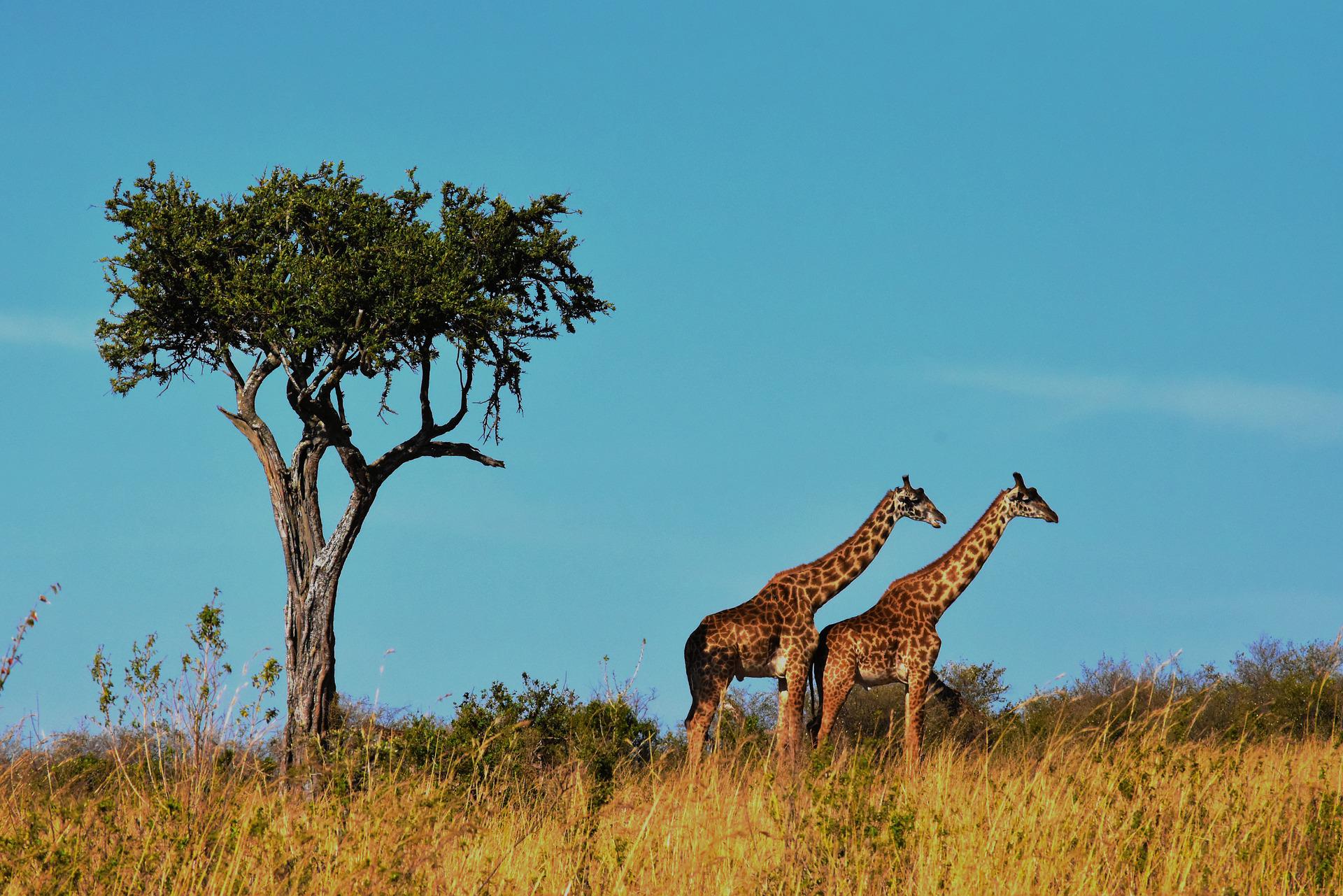 The bulk of Katavi supports woodland which is home to the elusive population of Sable and Roan antelopes and the resident land. However, the most special wildlife experience in Katavi are the hippos, which can be found in their hundreds, flipping about in the large reverine beds towards the end of the dry season.

During the wet season the floodplains of the Katuma river and the seasonal lakes of Chada and Katavi form a marshy ecosystem which is home to migratory birds and the densest concentration of crocodiles in the whole of Tanzania.

Home to Africa's last remaining chimpanzee population, Mahale Mountains are held sacred by the local Tongwe tribe. While the star attractions are no doubt the chimpanzees, the high forested slopes support a diverse range of flora and fauna, including rare Colobus, Red-tailed and Blue monkeys, apart from an array of dazzling birdlife.

Mahale is known for its breathtaking sunset views over Lake Tanganyika, which makes it a must for novice visitors who are keen on photography. Moreover, over 90 unique fish species are known to dwell in the clear waters of the lake. In addition, Lake Tanganyika will entice you with a host of water activities like fishing from land or an exclusive sundowner dhow boat cruise along the shoreline, fishing on the way. Scuba diving and snorkeling are perfect here, provided you steer clear of the hippos, crocodiles, and the rare but venomous Tanganyika water cobra. Incidentally, this is one of the richest aqueous environments on the planet. 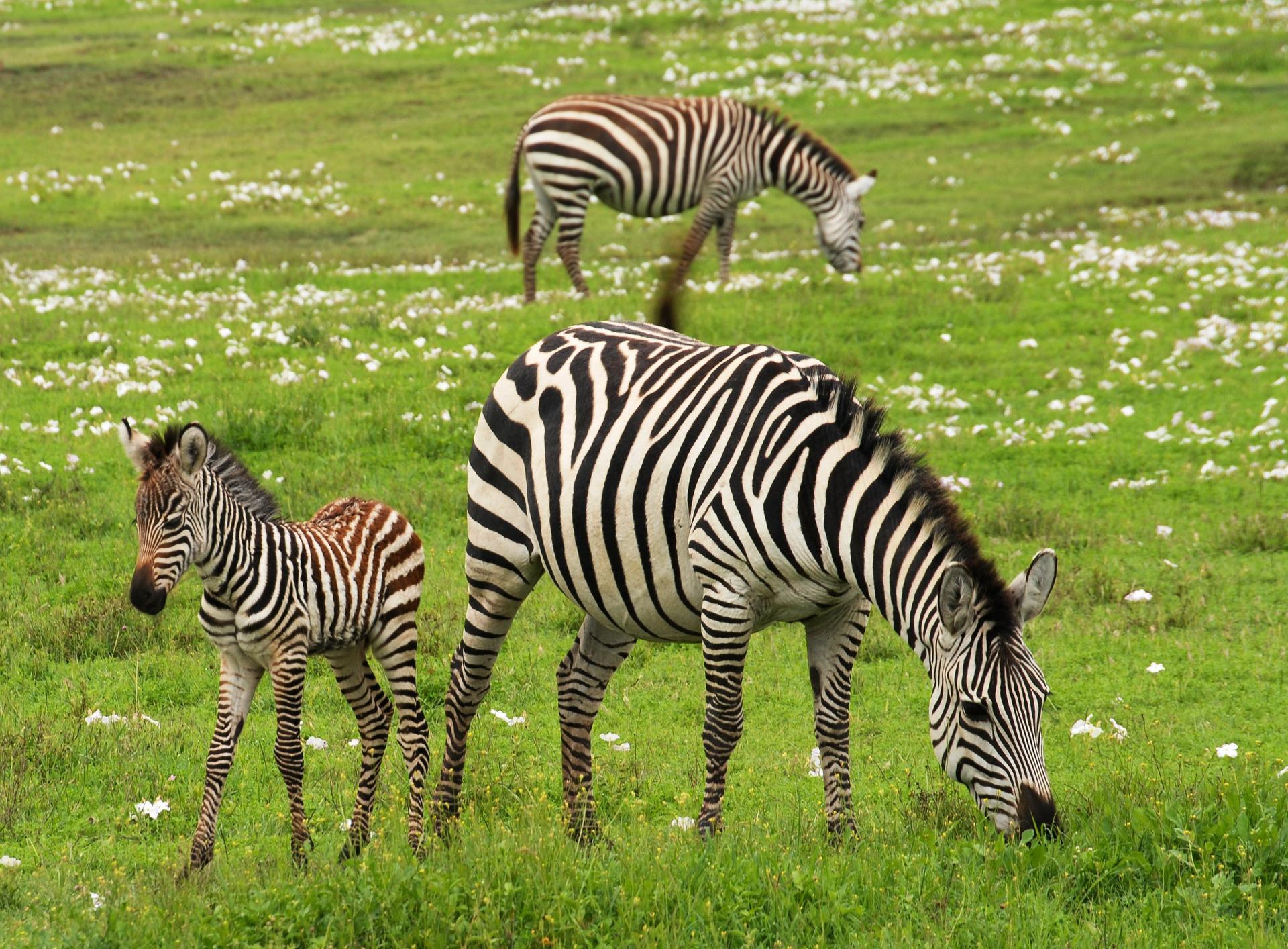 Comprising semi-arid bush country in central Tanzania, 180 km west of Iringa, Ruaha National Park is known for its hiking safaris in the untouched habitat bordering the Great Ruaha river, the lifeblood of the park. Lions and cheetah stalk the savannah to prey upon the waterbuck and impala who converge here in large numbers to quench their thirst.

The impressive array of big cat predators is further enhanced by packs of striped and spotted hyenas and large hunting packs of the house highly endangered African wild dog. An estimated 450+ bird species can be found in Ruaha, including some southern Tanzanian endemics like the Ashy starling and the yellow-collared lovebird.

Encompassing an area of nearly 50,000 square kilometers, the Selous Game Reserve is the largest game reserve in Africa, and nearly four times larger than the famous Serengeti National Park of Tanzania. Since the reserve is in a remote location, safaris here are traditionally less crowded than other parks of the country.

Selous was declared a UNESCO World Heritage site way back in 1982 because of its surreal beauty and unique wildlife. It has an extensive network of water channels, which act as a magnet to vast elephant herds and antelopes, particularly during the drier months. Visitors can opt for boat safaris on the mighty Rufiji river, which splits the park in two sections. Selous is home to an impressive 440+ bird species including stars like the Palm nut vulture and Bohm's bee-eater. 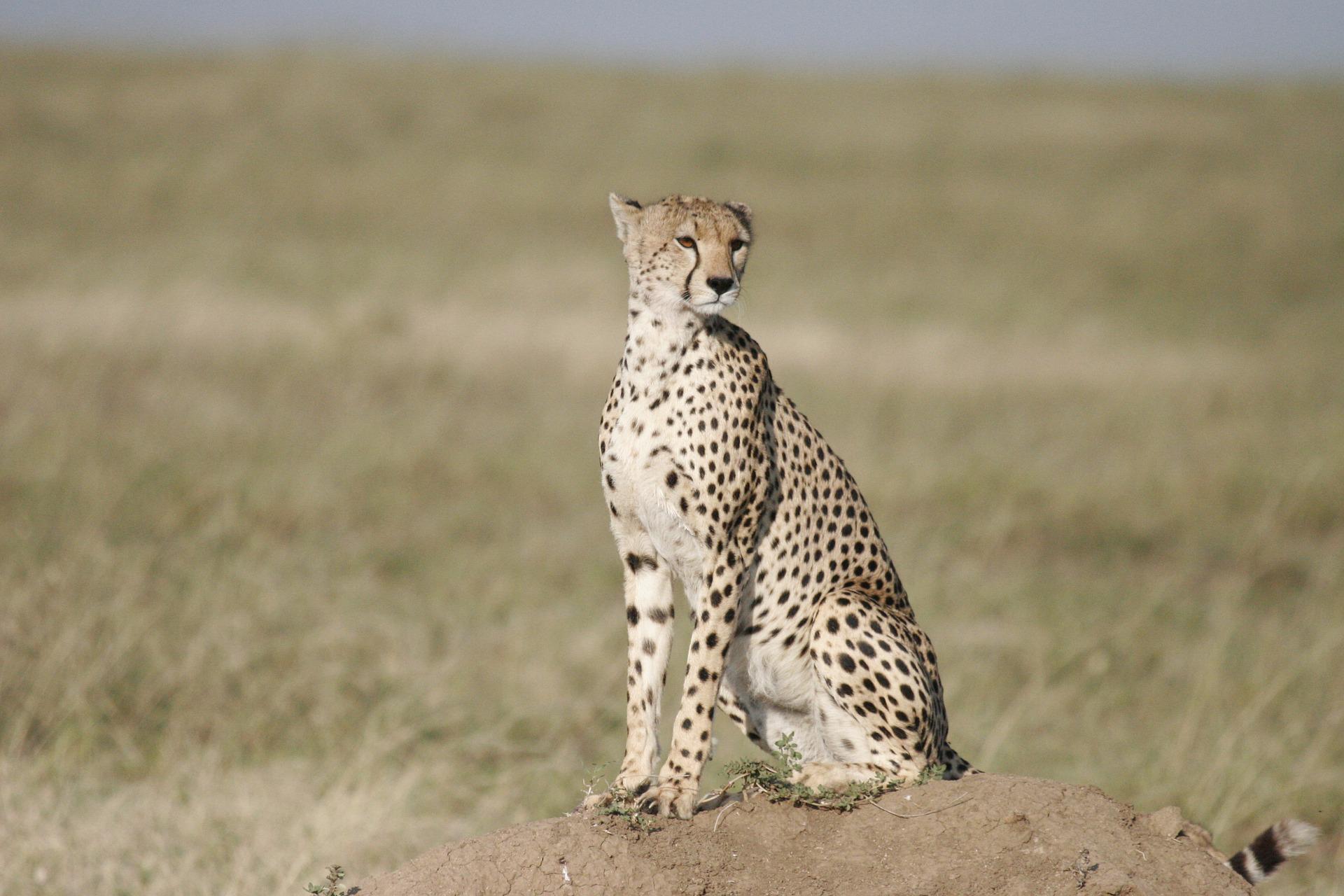